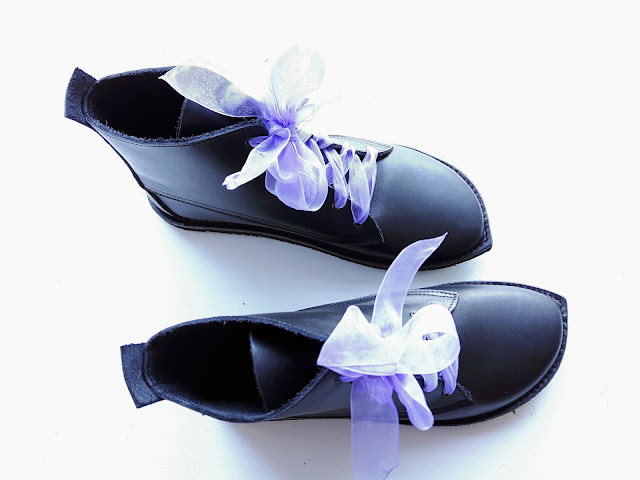 Faerysteps Cobweb fairy boots. My last custom Cobwebs for a while, made for a really lovely customer :) 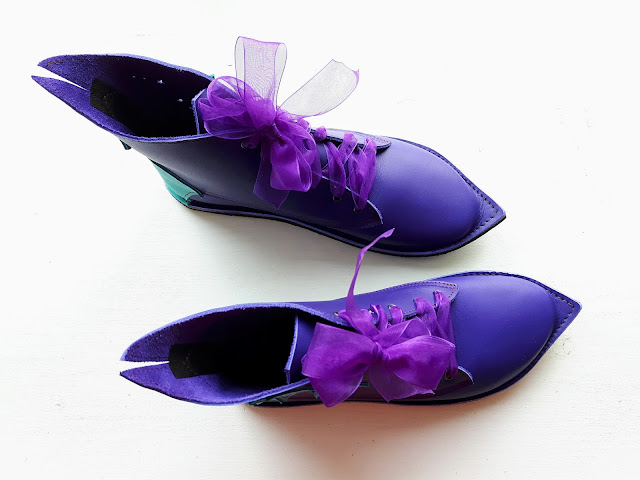 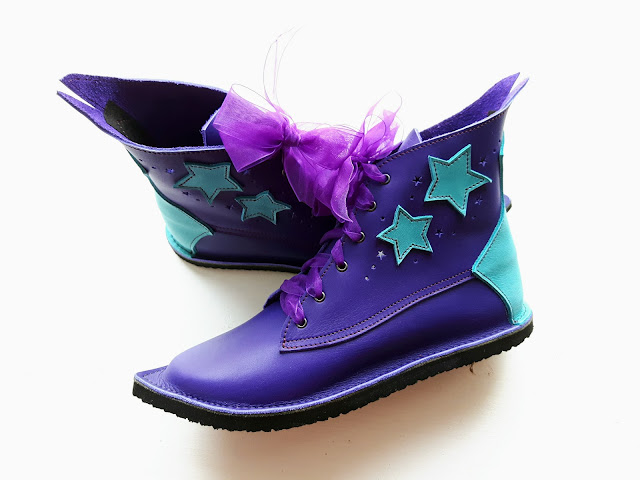 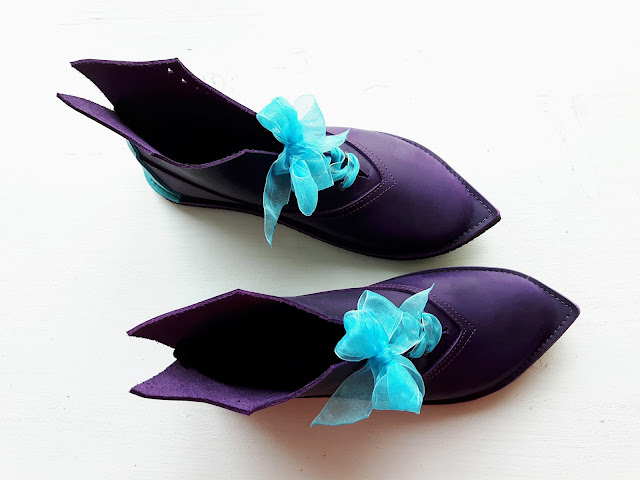 And Wisp in darkest violet, again with that seaside contrast on the back heel covers. So much violetness lately. That isnt even a word, but, you never know... it may catch on. 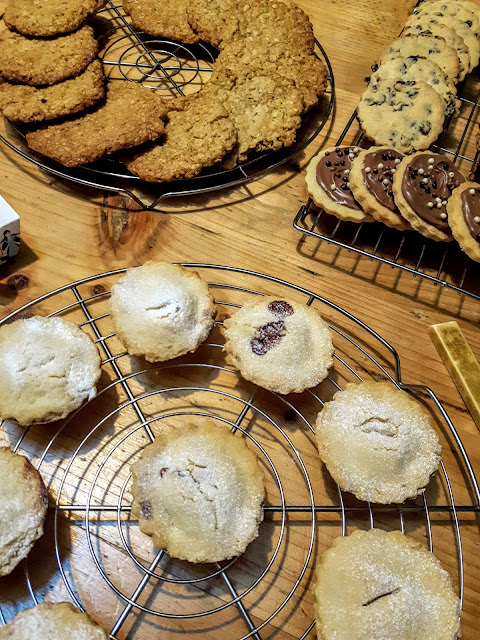 And finally what a treat on Sunday! I was evicted from the kitchen while my youngest (littlest, who isn't quite so little anymore...) baked up a feast. This included the first mince pies of the season. The pastry was so light and buttery it melted in the mouth. It was such a lovely treat to have with a nice cup of tea.

That's what homemade baking is all about really isn't it. My dear Mum always used to say that the most important ingredient you can add is love, and if you left it out, you can always taste it. She was so right. But then, when you look back, our Mothers were often right weren't they x