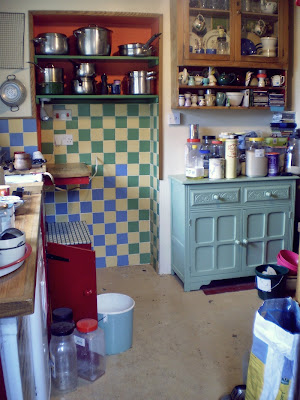 Alongside bags of milk powder for little lamb, general mess and turmoil, there was a gap where the old cooker came out! 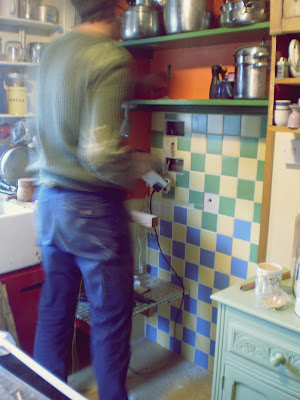 And Mr F went in... and created more havoc! After I had spent 2 hours degreasing and scrubbing and arm dropping off scouring to a state of gleaming cleanliness... he pulled off tiles and made mountains of dust and mayhem. Poor Mr F... the air was full of all sorts of unmentionable phrases as he struggled to rewire the cooker with a heavier cable which did not want to help him out at all! 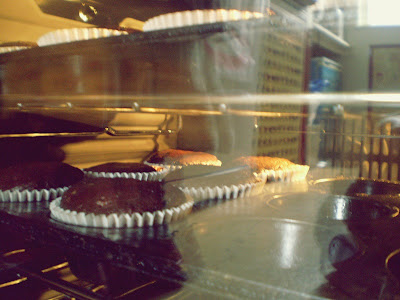 BUT... by this morning it was all back to normal! The new cooker is wonderful! Its got a light in the oven! I made 4 trays of buns after my breakfast tea before I started work! 2 of currant and spice and 2 of banana and chocolate... Littlest laid on the kitchen floor and watched the tops of the chocolate buns crack open...

I feel so lucky to have a new cooker. Some people don't even have a cooking pot. I never take anything for granted. Here today... gone tomorrow... Bet it wont last 22 years though like the last one!